FEIF is managed by the Board of Directors. The board deals with all current business except for items specifically reserved for the decision of the Delegates’ Assembly. The duties of the board are to represent FEIF to the outside world and to call and run the regular and extraordinary Delegates’ Assemblies. The Delegates’ Assembly elects the board for two years regardless of the nationality of the candidates. Only members of a FEIF member association can be elected or appointed to an official position within FEIF.

The board consists of:

In addition the board can consist of 1 – 2 more board members.

A board member may not fill the same or a similar position in a national association connected with the FEIF. Candidates for vacant posts within the board are proposed by the member associations or by the board itself. Every year, three or four of the members of the board are up for election. Re-election is allowed. All positions are unpaid. 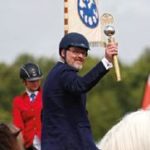 Gunnar Sturluson has been involved with Icelandic horses from his childhood, travelling, competing and breeding. He has one daughter, Borghildur born 1998 and she is involved in the horses together with Gunnar. They breed horses and run a training station for horses at their farm in Hrísdalur on Snæfellsnes in West-Iceland.

In his daily life, he is Partner at LOGOS legal services based in Reykjavík and practices corporate and commercial law. He tries to ride as much as possible and a few years ago he started competing again after 17 years of rest. His best moments are on horseback at the yellow sand beaches of Snæfellsnes.

Gunnar was chairman of Snæfellingur riding club in West Iceland from 2007-2012, as well as a board member and vice chairman of Landssamband Hestamannafélaga (LH) from 2008 to 2012. Gunnar has been member of the FEIF Board since 2011. 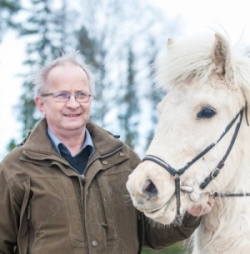 The Director of Breeding is responsible for the Breeding department and thus responsible for the rules and regulations for breeding shows, for the registration of Icelandic horses in the global database World Fengur (in co-operation with the Farmers Association of Iceland (Bændasamtök Islands)),the education of international breeding judges,  and the definition of breeding goals.

Current Director of Breeding is Inge Kringeland (NO), elected February 2016.

Inge Kringeland was born on a farm on the west coast of Norway and has been working with animals including horses the most of his life.  In 1996 he came in contact with his first Icelandic horses with a plan to train and sell seven horses to earn some money.Those seven horses have grown to more than 70.  Inge is now living in the eastern part of Norway, near Oslo, together with Anita Martinsen on his farm, Kringeland. He has 5 adult children and 9 grandchildren.

Inge Kringeland has a Masters degree in animal breeding and nutrition from the Agriculture University of Norway and he has been working in the  agricultural business most of his life. At the moment Inge is the head of the office for agricultural affairs in the local authority. Inge has been involved in animal breeding from different angles. He has been leading the breeding program for honey bees in Norway for 13 years, been the leaders of the Norwegian breeding Council for all races of horses for 7 years and the breeding leader for Icelandic horses in Norway for 8 years. Inge has “given life” to two new Icelandic horse clubs in Norway, Hrani and Kraftur and he has been the chairman or a board member in both.

Inge has been involved in FEIF work since 2001 as Norwegian breeding leader, chairman of the FEIF registration group and member of the FEIF breeding Committee. 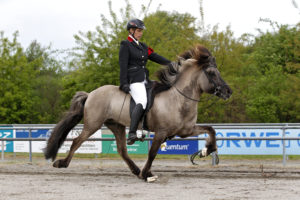 The Director of Education has overall responsibility within FEIF for promoting international cooperation between the member associations in the field of education, and works with the FEIF Education Committee for the benefit of all FEIF member countries respecting the national diversities with the aim of guiding the achievement of the vision, mission and goals of FEIF.

Silke Feuchthofen is the Director of Education, having been elected at the Delegates Assembly in Reykjavík in 2014.

The Director of Leisure Riding has overall responsibility within FEIF for promoting international cooperation between the member associations in the field of leisure riding.

Christian Eckert is a computer scientist and is married and has three adult daughters. He has a long history on voluntary work within local and regional clubs in Germany and from 2012 to 2021 he was Director of Leisure Riding of IPZV, the German Icelandic Horse Association.

Christian organised the German parts of the relay rides to all World Championships since 2013 and he was responsible for the Brandenburg Gate event in 2013 where more than 300 Icelandic horses joined in the centre of Berlin. In 2020 he initiated the successful IPZV art contest.

Since 2019 years Christian has been a member of the FEIF Leisure Riding Committee.

Christian Eckert (DE)  is the FEIF Director of Leisure Riding, having been elected at the virtual Delegates Assembly 2021. 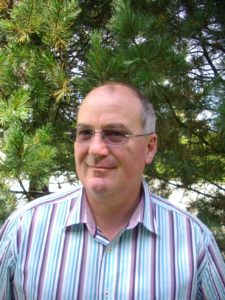 Jean-Paul is from Switzerland, living and working near Berne, owner and CEO of the family companies working in wood transformation, handlings technic and consulting (SAP). He has a license as international sport judge and Icelandic horse trainer, he is an active leisure rider (his daughters being active competition riders) and has been team leader for Switzerland or France for five times. He had twice been competition leader at the Swiss Championships. Jean-Paul has been a member of the national sport committee of Switzerland, and as their president a member of the board of IPV CH, later responsible for the national sport judges.

Jean-Paul Balz (CH) is the FEIF Director of Sport, having been elected at the Delegates Assembly in Sweden in 2018. 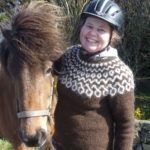 The Director of Youth Work is responsible within FEIF for organizing and conducting the international co-operation between youth work in the member countries, the youth committeee and the FEIF Board. The stated aims of the Youth department are: (a) to promote excellence in riding and horsemanship skills, by supporting the educational youth work that happens in member countries; (b) to build up and foster cross border friendship and international networks that will grow and last beyond the teenage years of the participants, and (c) to promote sound knowledge and understanding of the Icelandic horse, its history and its culture.

The current FEIF Director of Youth Work is Gundula Sharman, she was elected in 2014 in Reykjavík.

Gundula Sharman and her husband run an organic farm in the North East of Scotland, cultivating cereals and vegetables. They also breed Icelandic horses on a small scale, and train all their own youngsters. Their aim is to produce well-trained, family friendly horses for the UK leisure market.

Since 1998, Gundula has been working as a lecturer and head of the German department at the University of Aberdeen. For many years, she was also involved with the British Horse Society (all horse breeds), which is an important voice in the national horse industry in the UK.

Even Hedland, Board member 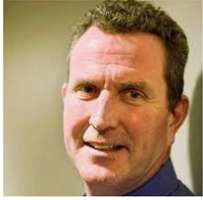 Even has been involved in Icelandic horses since 1983 and was the chairperson of a local Icelandic horse club from 1996-99 and has since then been involved at a national level. He worked as a teacher within the field of agroculture/forestry for 11 years. For the last 14 years, he has worked as a training manager / competence manager in two large Nordic companies in the field of HR in a Nordic construction companies with over 15,000 employees and several other professional organizations in the forestry industry in Norway.

Even has been elected at the Delegates Assembly 2022. With his background and experience he will support all FEIF associations with focus on the development of FEIF.

Will Covert, Board member 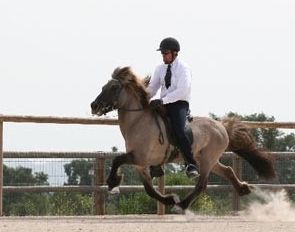