WF in the Netherlands

Jumping on the WorldFengur train was not a difficult decision in my opinion, for several reasons. Most importantly, it was an international co-operative. All FEIF member associations would go through their archives, double-check data, correct mistakes and register horses centrally – in co-operation. This was especially valuable since only pure-bred horses could enter the database.

FEIF aimed to introduce FIZO in 2003, meaning all horses needed to be in WF in case they or any offspring were to be assessed, because assessments were to be registered in WF. WF also offered having BLUP breeding value predictions calculated, once sufficient horses and breeding show results had been registered. Having a breeding value prediction calculated for Dutch horses was one of the Dutch breeding leader´s duties, but until then it had not been possible.

Furthermore, the Dutch association NSIJP was looking at replacing its registration program. Having all data in one place, with easy access and the warranty of checks and corrections, and the additional bonus of direct help of foreign associations, WF was a serious option to consider. At the time, I was on the board of NSIJP for breeding matters, and I realised that WF might solve many issues.

So after a workshop organised by WF project manager Jón Baldur Lorange at BÍ in November 2001, I laid the basis for horse registrations in WF by registering Dutch regions and designing a system for Dutch stud numbers – there already was a system for FEIF IDs – and we could get started. 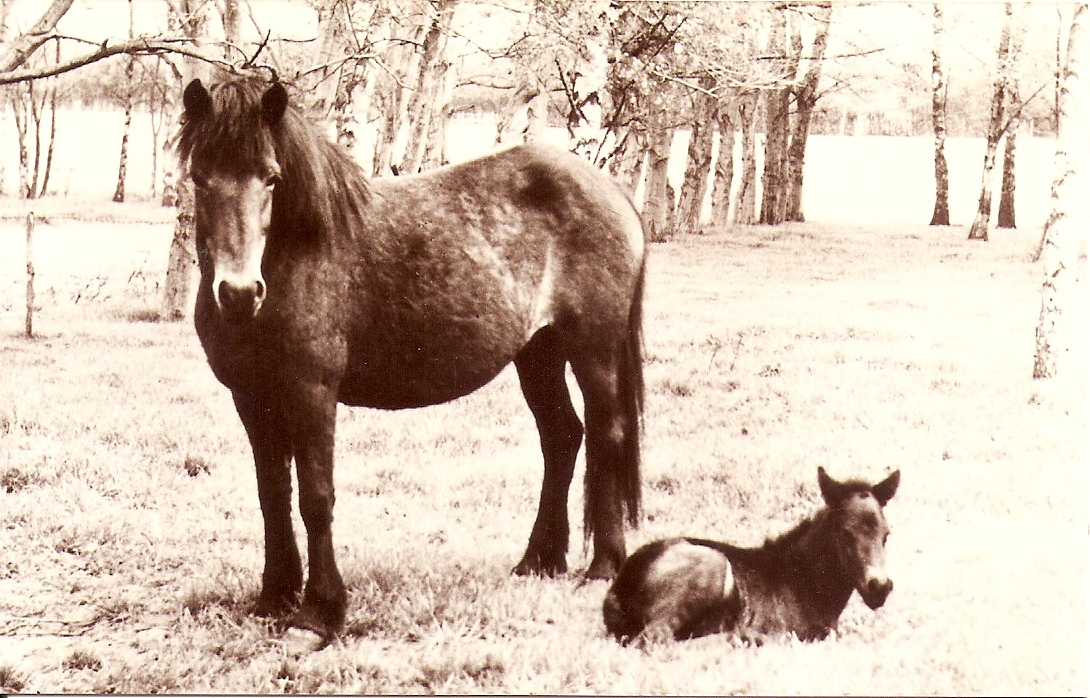 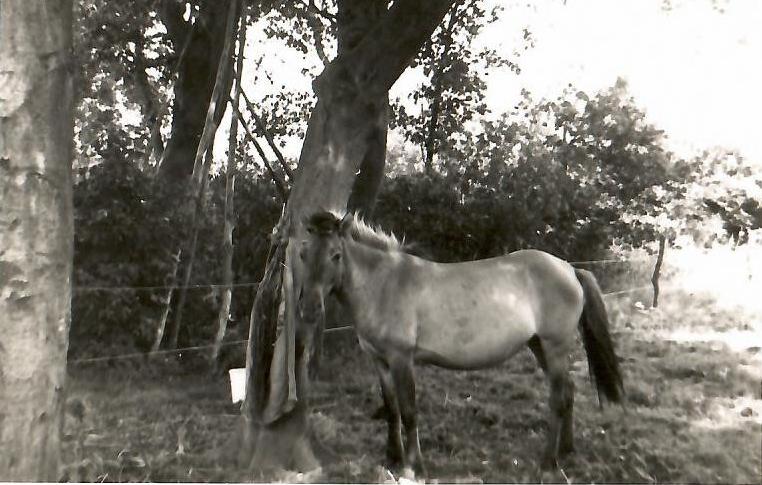 With the abovementioned reasons in mind, I decided on a three-way approach:

Getting horses registered with basic information (ancestors, stud name, colour, markings) was the most important; other information could be added at a later stage or whenever needed.

How did this work? At that time, KWPN, the Royal Dutch Warmblood Studbook, took care of horse registrations on behalf of NSIJP. The NSIJP archives consisted of card files spanning 1959-1997 and a computer program in use since 1998.

Between 2001 and 2004, KWPN would mail me photocopies of card files, front and back, and I also spent a few days photocopying the files at their office. The card front contained basic horse data, the back held information on foals that mares had had, with their sire, studbook number, date of birth, and colour. At home, whenever I had time, I digitised basic data from cards in a Word document, starting with the earliest imports. I would double-check data, suggest corrections, and add ancestors´ FEIF IDs if known.

In the spring of 2004, I spent a full week at BÍ digitising the remaining imports (three binders full) in this way.

Next, I sent these documents to Hallveig Fróðadóttir of BÍ (now RML), who is the greatest source of knowledge on horse registration on Iceland. To register one horse, Hallveig checked data again, entered all ancestors in order, and sent me the horse´s FEIF ID, with any comments/corrections she had that we would then discuss. Once everything was sorted, I would look at the back of the card file and register the offspring, correcting errors along the way. 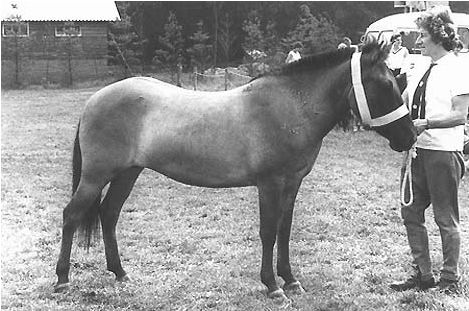 In the same way, I digitised ancestries of other foreign Icelandic horses in the Netherlands. I often would send them to both Hallveig and the registrar in the horse´s country of origin, so we could work simultaneously and help each other. Again, once the horse requested was in WF, I could go ahead with the basic registration of offspring.

All new FEIF IDs were sent to KWPN to be registered in the registration program, so official papers printed would show the FEIF ID indicating the horse was in WF. Once the majority of imports had been processed, I would move to the card files of their offspring, add information to WF, and look at the back of their card files to register their offspring, etc. This was repeated until all card files had been handled individually, all data had been supplemented, and I had reached the year 1998. 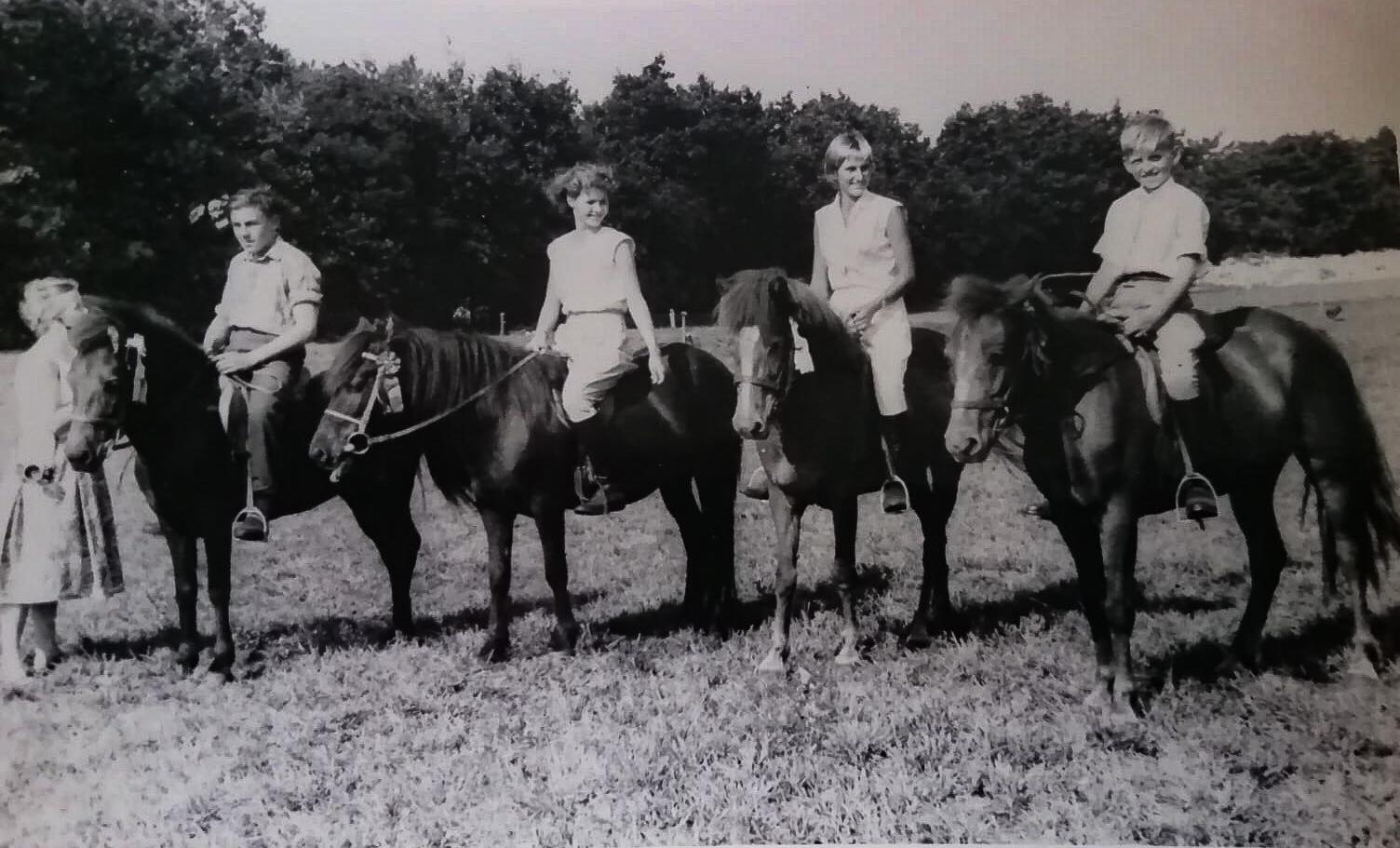 Things were getting easier: KWPN sent print-outs of the registration program from 1998 until 2006 that listed basic data, breeders/owners, microchip, and fate. These were easy to work through, as most ancestors by now were in WF. It was a pyramid of information trickling down the generations. Also, KWPN sent me copies of documents of imported horses not yet in WF; I would follow process of checking, digitising and sending out data requesting a FEIF ID. Once they were in WF, we would be able to issue Dutch papers with a FEIF ID and know that we could to register offspring.

By the end of 2005, the majority of horses was in WF. We could start adding additional information, such as histories of ownership, microchip numbers, etc. Meanwhile, WF had also developed, so that dates of birth, DNA and spavin tests could now be registered – and more was to come.

In 2008, simultaneous registration of Dutch horses in the old database and WF began, and as of 2012, WF became our sole registration system – with data that had been triple-checked and corrected. What´s more, it was decided in 2009 to open WF up to all members of FEIF associations, so they would have access to official horse data that was updated continuously. And last but not least: by 2006, WF contained enough information to include Dutch horses in the international BLUP.

If all of this sounds straightforward, it wasn´t always easy! Everything was registered manually, the entire site needed translating into Dutch, typos on cards could cause confusion, and some difficult cases were to get registered – some took up to 12 (!) years to solve.

One major problem occurred when no photocopies of original certificates of origin could be found. This sometimes made it nearly impossible for foreign colleagues to trace old imports in their archives and register them. Without the ongoing effort of WF registrars and the help of horse owners, we could never have solved as many of these cases as we did. 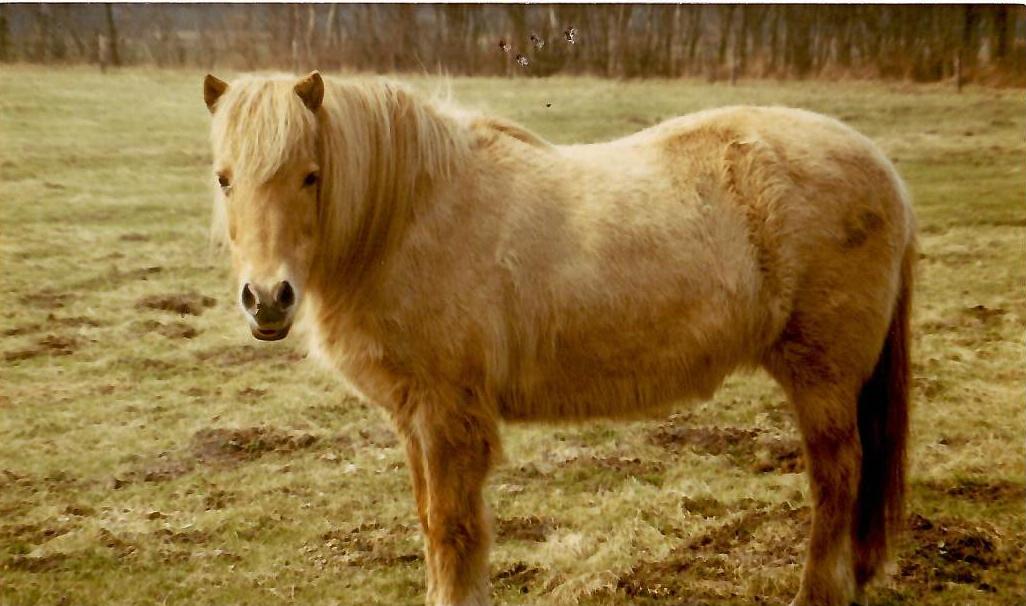 Finding DNA for foreign ancestors of horses shown at FIZOs was another challenge in the beginning, which gradually became easier – again through joint effort.

Finally, one issue was easily resolved: when foreign registrars found themselves strapped for time with registrations, I would offer to help them. It was a win-win situation, because they were relieved in their duties and I would check and register the horses that we all needed.

In this respect, I must mention WF registrars from the very beginning – Annegrete Veje, Barla Barandun, Jacqueline Clementz, Veerle De Coninck, Nils-Ole Gilde, Kristín Halldórsdóttir, Reinhard Loidl, and of course Hallveig Fróðadóttir – they were instrumental in overcoming the greatest obstacles. Also, Jón Baldur Lorange and Þorberg Þorbergsson were always there to solve project matters and technical issues, and develop new ideas and features to support registration.

Looking back now, it still does not seem twenty years ago that WF got started. Thinking of the work that was done to get where we are now, I must believe it though. It has been said before: it was a visionary project, which has benefited the Icelandic horse community globally. It was worth all those years of hard work, and it will be worth many more in the future, if we stay focused on finding common solutions for common problems, and safeguarding the reliability of data. 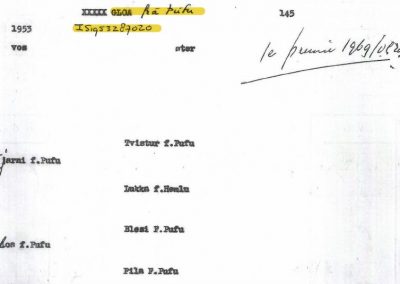 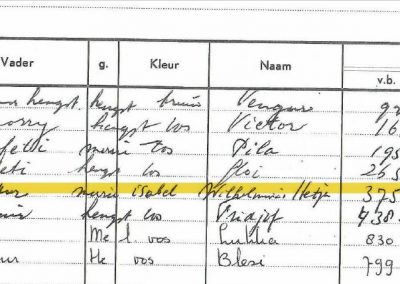 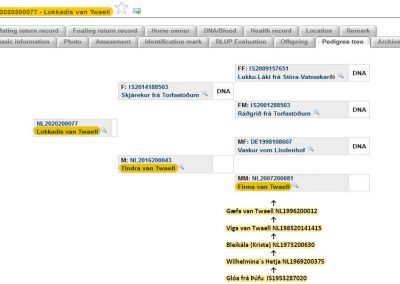 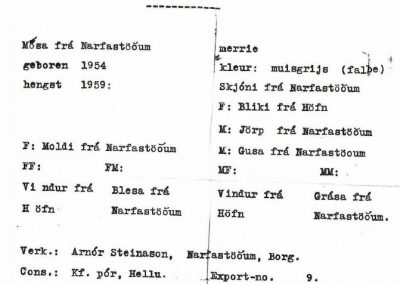 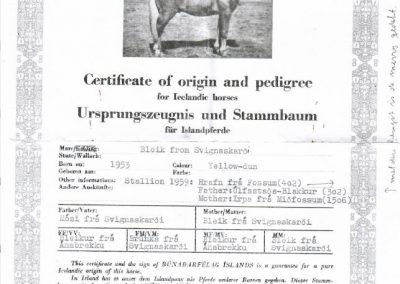 Icelandic certificate of origin of Bleik IS1953236521 (supplied by Peet Boeijink) 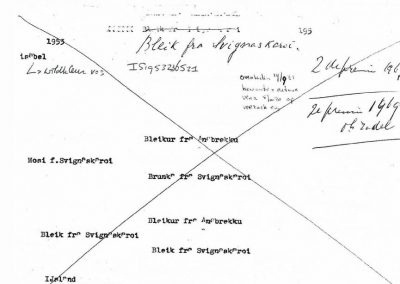