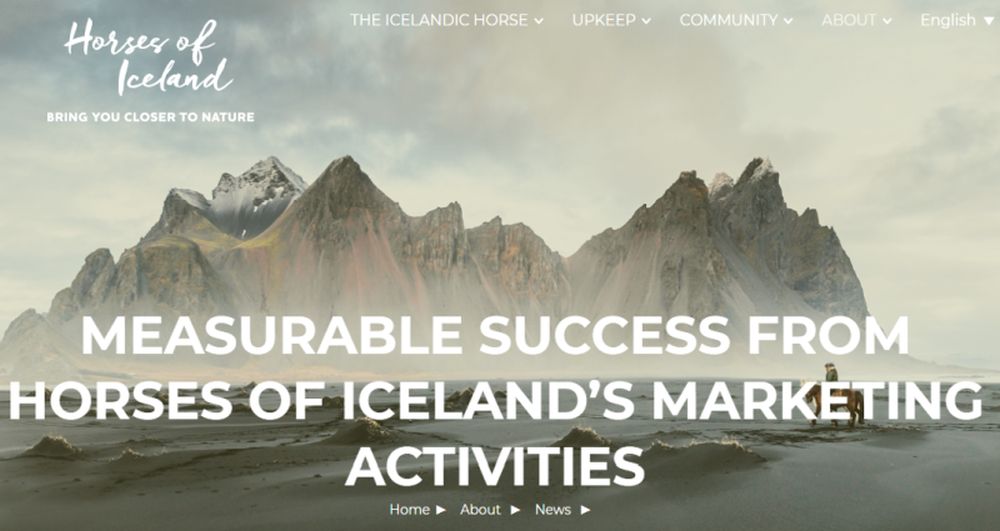 Horses of Iceland’s annual report has been released, listing the project’s marketing actions of the last year, as well as the value creation and community development on social media.
The results of HOI’s marketing activities during the first four years after its launch in 2016 are notable!
– 54,700,000 impressions on social media
– The value created amounts to almost USD 300,000
– Followers on Facebook and Instagram total 110,300
– 1,500,000 guests attended shows where HOI promoted the Icelandic horse
– Features following press trips reached over 290 million people
– HOI’s videos were viewed more than 3 million times
– 70 partners from 5 different countries have joined the project