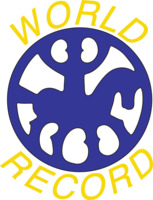 First, Árni Björn Pálsson riding Dalvar frá Horni I set a new time of 21,30″. This record stood for two minutes until it was broken by Sigurbjörn Bárðarson riding Vökull frá Tunguhálsi II with a time of 21.16″. Diddi’s record lasted half an hour.

All world records are available on the FEIF website including those set under the old system of manual time-keeping.

We use cookies on our website to give you the most relevant experience by remembering your preferences and repeat visits. By clicking “Accept”, you consent to the use of ALL the cookies.
Cookie settingsACCEPT
Manage consent

Any cookies that may not be particularly necessary for the website to function and is used specifically to collect user personal data via analytics, ads, other embedded contents are termed as non-necessary cookies. It is mandatory to procure user consent prior to running these cookies on your website.