Horses of Iceland at Equitana 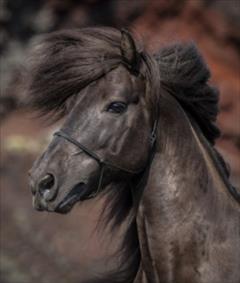 Horses of Iceland welcomes you at the 2017 Equitana Equestrian Sports World Fair in Essen, Germany, 18-26 March, at stand 2-B19. This is Europe’s largest horse fair and around 200,000 attendees are anticipated. A reception, to which members of the press are invited, will be held at the stand on 25 March at 3:30-5:30 pm. The Icelandic Minister of Agriculture Þorgerður Katrín Gunnarsdóttir will give an opening address, after which there will be food and drinks and entertainment.
At the stand at Equitana, visitors will be invited to view a 360-degree video of the Icelandic horse in virtual reality. There, you can watch how the Icelandic horse becomes one with Icelandic nature and get the opportunity to enter its world. We expect that this will have a profound effect on those who have never been to Iceland.
There will be two television screens at the stand, where films about the Icelandic horse will be running. Booklets in two languages (German and English) will be distributed at the fair, as well as postcards with pictures of the Icelandic horse and information about its qualities. Guests have the opportunity to participate in a quiz and win a trip to Iceland.
See you at Equitana!